Built on the site of the 9th-century oratory of Santa Maria delle Vigne, this church was founded by the monks of the Dominican order in the first half of 13 the century. Its building began around 1246 and it was designed by two Dominican friars, Fra Sisto Fiorentino and Fra Ristoro da Campi. This is one of the most important religious and artistic complexes in Florence and thanks to an agreement between the Interior Ministry's Religious Buildings Fund and the Municipality of Florence every visitor can, without any interruption, admire the entire complex since November 10, 2012. The celebrity of Santa Maria Novella during the Middle Ages and Renaissance period attracted important artists like Giotto, Brunelleschi, Masaccio, Michelangelo, Ghirlandaio, Botticelli and Vasari who realized beautiful artworks inside the complex. The church complex has two cloisters – Green Cloister and Great Cloister. Only the Green one is accessible for visitors. Both cloisters were built between 1330 and 1360. To the north, the Green Cloister is bordered by the Cappellone degli Spagnoli (Spanish Chapel) originally constructed between 1345-1355. The complex Santa Maria Novella generally seeks to harmonize two main functions – religious and artistic one. The entry to Museum of Santa Maria Novella includes a visit to the Cloister of the Dead, the famous Green Cloister, the Spanish Chapel, the Ubriachi Chapel and the Refectory. 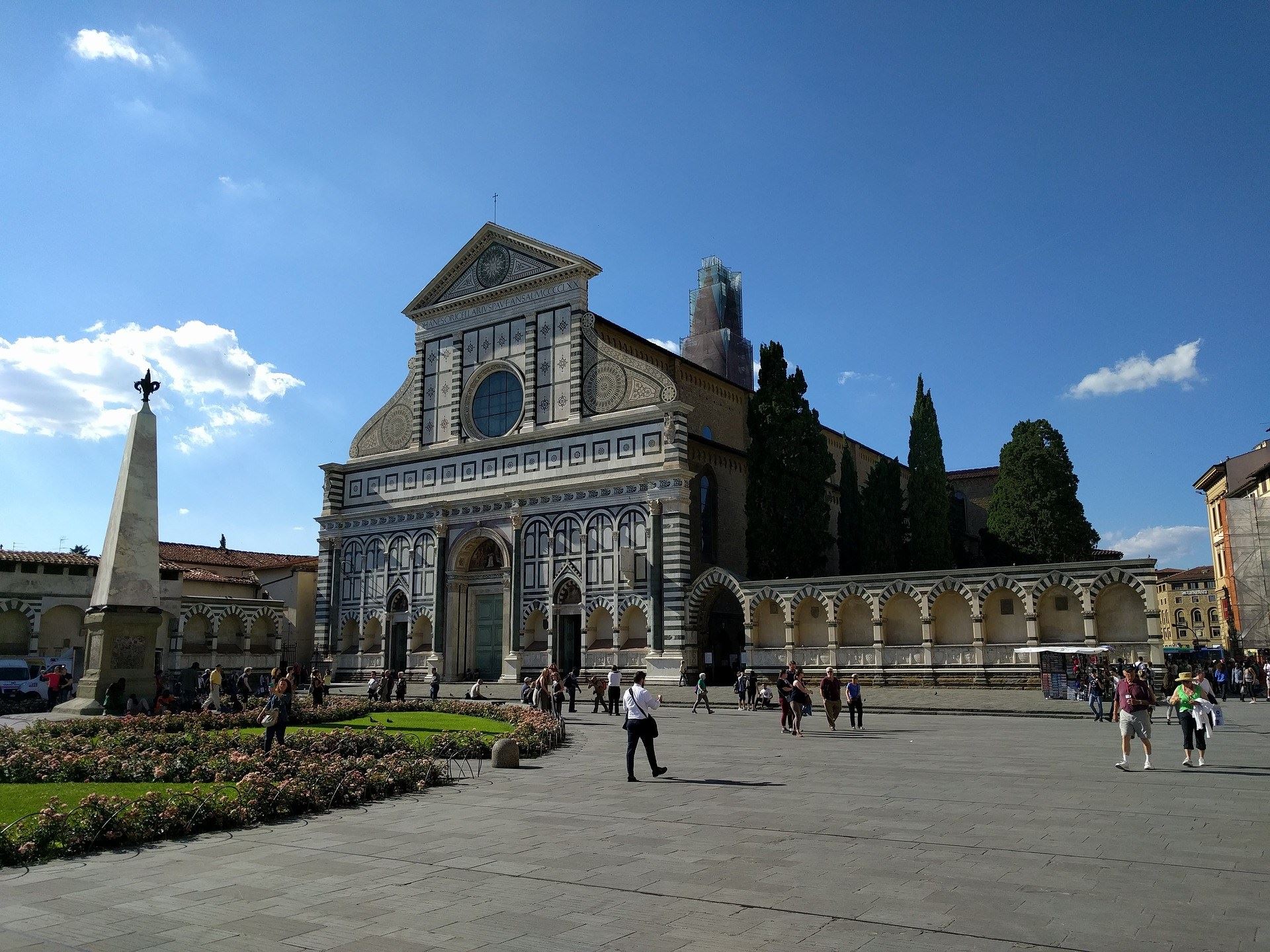