Skellig Michael (Irish Sceilig Mhichíl for "Mihovil's Rock"), also known as the Great Skellig is on UNESCO's List of Protected Cultural Heritage. It located 12 km from the coast of Kerry in southwestern Ireland. Impervious rock emerges from the Atlantic Ocean covering the area of 17 ha. Remarkable 1000 years old staircase leads to the isolated early Christian monastery. This monastery is at an altitude of 218 meters above the sea level.

The monks withdrew in Skellig seclusion in the 6th century. They built a six-cell honeycomb-shaped clochán with consoles and two boat-shaped private chapels. These structures built from the grommets are still standing despite the storms that have been mercilessly overwhelming for centuries. Skellig Michael, together with the neighboring Little Skellig, is an important nature reserve where many seabirds nest.

The last scene of the Star Wars sequel “The Force Awakens” has been recorded on this island. In this scene heroine Rey supplies a light sword to Luke Skywalker, what looks like eternity.

Climbing over steep steps is not recommended for younger children and others who have difficulty climbing. 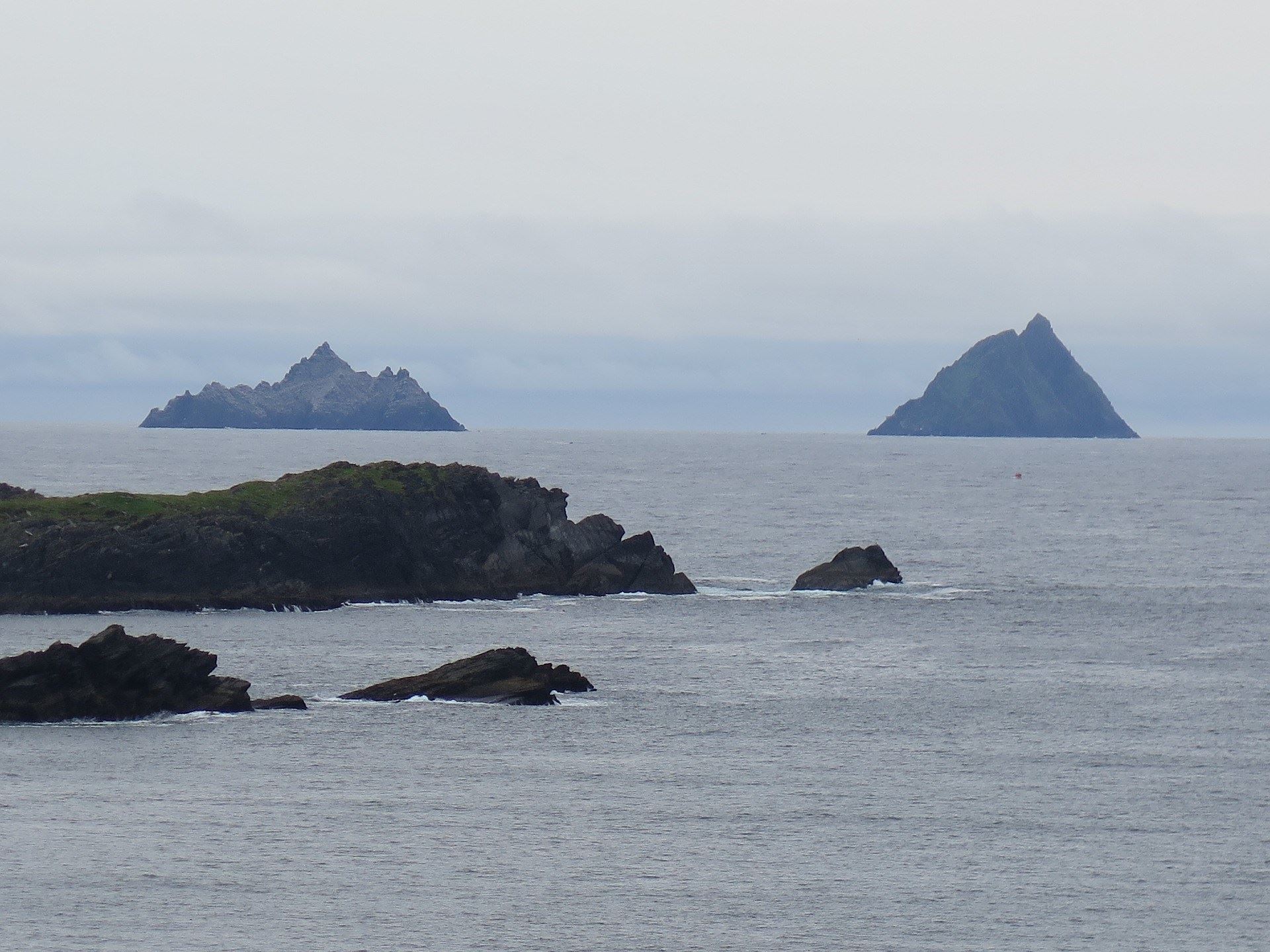